This is Peter Parente, President of the UVMPA of New Rochelle

We welcome you to visit often, to follow us in our in our commitment to honor our Veterans here in New Rochelle, NY.

We recognize and appreciate our military history — from the men and women who served our country, to Fort Slocum, to the New York State Naval Militia Armory — and work to share that history with the community as a whole.

If you would like to learn more about our decade long effort to preserve this piece of New Rochelle and New York State history visit the New Rochelle Armory web site.

As active veterans who have served our country with dignity and courage, we keep American patriotism alive by giving back to our neighbors with the same pride and enthusiasm.

We at the UVMPA encourage all veterans who take our oath of service seriously, to join us in our goal to serve the world around us ensuring people see that our Freedom is Not Free.

We look forward to having you frequently visit the UVMPA site to stay on top of event announcements and updates and news on what’s going on in the Veteran community and around town.

PS, We would like to thank Megyn Kelly and the fine folks at Fox News Channel for their coverage of the Gadsden Flag controversy.

D-Day for the Armory is This Tuesday – Will YOU Make a Difference?

Will this be the last time we get a chance to see the Armory in full glory? If the Mayor has his way, the Echo Bay development will swallow up most of the property as parking for the new apartment housing complex thereby making it all but impossible to readapt this one of a kind piece of New Rochelle history. They will essentially strangle the building preventing us, or anyone else by that matter, from creating a truly unique venue for this city and region.

The Final Environmental Impact Statement (FEIS) will be the topic of one of the hearings at the Council meeting thisTuesday, July 23 at 7:00 in the city Council Chambers. If you haven’t yet seen this document you can review it HERE

There are a host of issues relating to this development both in it’s design and in it’s economic value. Plagued by criticism…

Due to weather and safety concerns, the activities for Memorial Day at Glenn Island Park have been rescheduled for TOMOROW, May 26th at Glenn Island. THe time is the same 1:00 PM to 8:00PM with all of the same great entertainment as planned. Blood Sweat and Tears has been gracious enough to accommodate the late changes so make sure you come down and show your support for everyone! Event promoter Peter Parente states  “Obviously we would prefer to have the event go on as planned, we have to make the safety and comfort of our many supporters, performers and volunteers the first priority.”

Memorial Day is This Weekend and New Rochelle Remembers – Will You?

The parade may have been curtailed, but that won’t stop New Rochelle from taking the time to remember our fallen heroes and giving a salute to our troops this weekend down at Glenn Island. The premier New Rochelle event that we have become so fond of will continue at the new venue this Saturday, May 25th between 1:00 and 8:00 PM. Headlining the entertainment for the day will be the one and only Blood Sweat and Tears. Come down and join the fun and show your support for those who have made days like this possible. Here at United Veterans Memorial and Patriotic Association we salute not only the men and women in the service, but we offer a big thank you to those who keep the tradition alive and work so hard to make this day a day to remember. Ooh Rah!

We were disappointed to learn that New Rochelle Council Member Jared Rice has received some truly offensive, racially motivated communications in response to national media accounts of his desire to have the Gadsden flag removed from the flag pole at the New Rochelle Armory.

Whatever our disagreements may be over the Gadsden Flag or the Armory itself, we stand with Councilman Rice as New Rochelleans in condemning hate speech of any kind, directed at anyone, for any reason. Hate speech has no place in our political discourse.

Veterans across our country served, fought and, in some cases died or suffered grave wounds, to protect and defend our Constitution and our way of life.

That includes the right of the United Veterans of New Rochelle to fly a “Don’t Tread on Me” flag at the Armory and the right of Jared Rice to oppose their decision to do so.

The “stars and stripes” flag that currently flies atop the flagpole was provided by the UVMPA and raised by them on March 21, 2013 following a flag retirement ceremony to replace a flag that had become worn after Hurricane Sandy and winter weather. Also raised that day, beneath the American flag, was a yellow “Don’t Tread on Me” Gadsden Flag.

In the over 50 years since the UVMPA was founded, the City of New Rochelle has never sought to intervene in how the UVMPA attends to the details of its responsibilities to manage its patriotic and memorial duties. It has never been involved in which organizations are invited to march in the Memorial Day parade, what sort of floral arrangements are place at Memorial Plaza, which graves are tended, or what sort of candles are lit at our 9/11 Twilight vigil.

In fact, quite the opposite has been the case. In 2006, the City Manager was asked to intervene in a long-simmering dispute within the United Veterans Memorial & Patriotic Association. The dispute centered on a seventh flag pole at Memorial Plaza in downtown New Rochelle, the location of both Memorial Day and Veterans Day services. As part of those services, the UVMPA raises a “stars and stripes” American flag on the largest pole and 6 other flags representing the branches of U.S. armed forces. There is a flag for the Army, Navy, Air Force, Marines and Coast Guard. The dispute was whether the remaining flag pole should display the Merchant Marine flag or the New York National Guard flag.

With regard to the Gadsden Flag, On March 28, 2013, City Manager Charles Strome informed the UVMPA that based on unspecified complaints, the Gadsden Flag was to be removed by City workers. Over the next 12 hours there was an exchange of emails and a phone conference detailing the historical significance of the flag. The City Manager stated that he did not believe there was any intention to display support for the Tea Party, informing the UVMPA that he had decided to allow the flag to remain.

For the record, there is no Tea Party in New Rochelle, NY. None of the UVMPA members present at the flag retirement ceremony where the Gadsden Flag was raised are members of the Tea Party and no mention of the Tea Party, direct or indirect, was made at the ceremony.

In an unprecedented interference by the New Rochelle City Council in the administrative duties of the City Manager, the chief executive of the administration, certain Council Members, led by Mayor Noam Bramson, held an illegal “vote”, a telephonic canvas of the five Democrats on City Council later that day. The City Council is a 7-member public body. Based on that “vote”, the City Manager informed the UVMPA that City workers would remove the flag. Later that day the flag was take down, given to the UVMPA momentarily, confiscated from them and taken to City Hall where it remains today.

Under the authority granted to the United Veterans Memorial & Patriotic Association by the City Council in 1958 they are not required to obtain permission to fly a particular flag at the Armory, at Memorial Plaza, at Hudson Park or certain other areas in connection with their memorial and patriotic responsibilities. No permission was necessary but it was given nonetheless on the morning of March 28th, 2013.

The Gadsden Flag is a historically-appropriate Revolutionary War era flag that was adopted by the Continental Marines and the Continental Navy and is still flown on Naval warships today. This flag has been displayed at numerous past UVMPA-organized events including last year’s Memorial Day parade attended by thousands of New Rochelle residents including all but one City Council member and the City Manager. No current or former elected officials in New Rochelle have ever singled out the Gadsden Flag as “offensive” or “divisive”.

Public allegations made by the Mayor and members of City Council that the flag was raised as “Tea Party” symbol, that the President of the UVMPA is a “Tea Party” supporter or that UVMPA members are aligned with “Tea Party” is entirely and knowingly false. These elected officials know full well that there is no organized “Tea Party” in New Rochelle and that UVMPA membership is, like the U.S. military from which it springs, non-partisan, multi-cultural, and non-denominational. The UVMPA is an organization bound together by a desire to honor military service and love of country.

The only acceptable resolution is for the City of New Rochelle to return the Gadsden Flag to the flag pole in front of the New Rochelle Naval Militia Armory.

The UVMPA has absolute confidence in its legal standing and is content to allow the courts to resolve the issue in due course, however, we remain hopeful that the New Rochelle City Council, through this process, will become better educated about our nation’s history and see the wisdom of simply restoring the flag provided by the UVMPA to its proper place beneath the American flag.

The Thomas More Law Center is supporting the United Veterans Memorial & Patriotic Association in litigation and other means to address this issue.

All donations to the UVMPA go to support local veterans and our memorial and patriotic endeavors in New Rochelle, NY. Thank you! 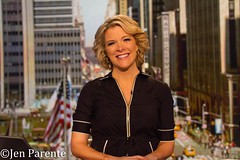 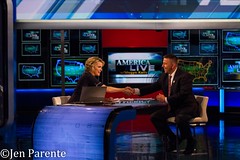 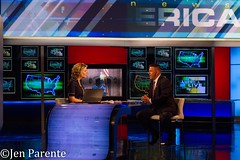 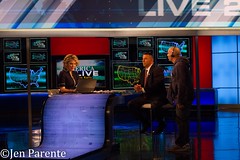 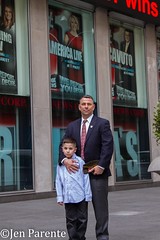